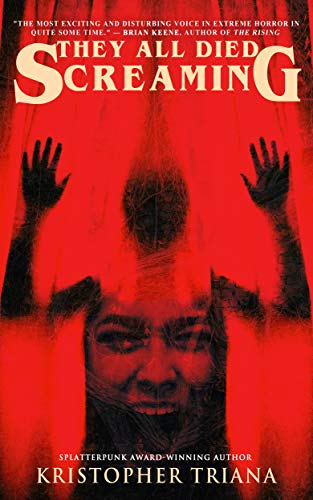 This is literally, and I mean literally, the shittiest book I’ve ever read. These are shitty people dealing with a shitty situation. There is even a character named Shitty, whose “smile was like a backed-up toilet, his brown teeth seeming to float in his mouth when he spoke.” I don’t know if it was intended or not but I laughed out loud reading that. Maybe this is the punk in Splatterpunk?

There’s lots of splatter, all of it described in disgusting detail. Sometimes it was a bit too much though, to the point where it seemed cartoonish to me. For example, at one point in the story I caught myself thinking, “Didn’t something similar happen to another eye a few pages ago?”

But despite all that I found myself enjoying this and zipped through it quickly. Which kinda of surprised me because these are shitty people doing really shitty, sometimes repugnant things. I think it’s because buried deep underneath all the filth and grime, this was at its core a story about human connections.