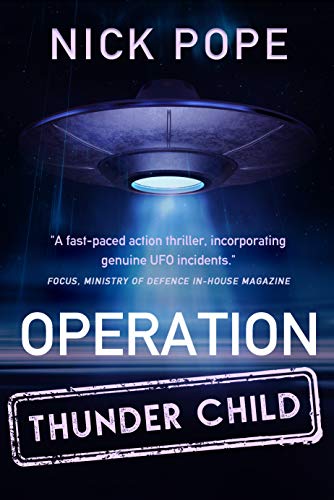 It was refreshing to read something that was more about how an organisation, instead of a single protagonist or a small group of people, deals with an alien invasion. It seemed to be realistic in this way; the author used to run the British Government’s UFO project after all.

But, the aliens and the reason about why they are here and why we can actually defend ourselves against an interstellar civilization seemed unrealistic. I just didn’t buy the explanation that was given.

Perhaps a consequence of focusing on an organisation of people involved in the defence against an alien invasion rather than a protagonist is that the characters aren’t very well detailed. Named characters were introduced and then I was told a backstory which I never remembered after reading them. Some characters are also just known throughout the book by the abbreviations of their positions (e.g CDS or S of S).

That said, there are a few technical problems with the Kindle version of the book. There are a few portions of the book which detail emails sent within the organisation and it was formatted in a strange way that made the text cut off on my Kindle.

And because the Kindle version starts at the prologue instead of the glossary, I didn’t know what the abbreviations meant. When I looked at the table of contents in the Go To menu, the glossary wasn’t there (it’s actually labelled as Front Matter for some reason). But using the search feature, I managed to find it near the beginning of the book, before the prologue. Having a glossary is nice and all but it is troublesome on a Kindle. There is no easy way to flip back and forth unlike a physical book.

Also, this book contained the mother of all typos:

He didn’t want to reinforce such suspicions - even though he had a momentary wish to be seen sweeping into the building by some of the UFO hotheads, just to relish the expressions on their silly feces.

Despite all the problems, I found this book an enjoyable read.