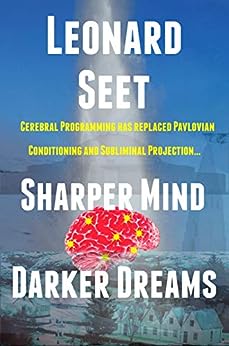 I wanted to like this book but I did not finish it. I think it had a very strong first chapter, so strong that I bought this book based on that alone.

One of the things I liked about it was that I found it very surreal and bizarre. It was very dream-like, maybe even schizophrenic, which is appropriate for a book that is about dreams and with one of the characters in a mental hospital.

But it was also very hard to follow. I would read pages and pages of text only to realise that only small sections of it had made sense to me. This isn’t helped by the author assuming that I have read Descartes and Dostoevsky’s Notes from the Underground. He kept on referring to them in a way that makes them more than props in a scene.

For example, the author writes in the book:

Should I lasso my Rumi or strangle my Descartes?

I’ve only briefly skimmed through the Descartes page on Wikipedia and I have no idea who Rumi is, which makes sentences like this meaningless to me.

There is even a section in Chapter 12 that is probably a big spoiler for Notes from the Underground. I haven’t read it, so I don’t know if it is a spoiler or not, but I probably never will now as I absolutely despise spoilers. But, whether it is a spoiler or not, I have no idea what the author was trying to communicate as I have never read it before.

There were also a couple of mistakes in the span of a few pages in Chapter 12 that made me think that this book required more editing. Examples:

I don’t know if I would have enjoyed this more if I have read those books that the author keeps referring to. But I know that I’m not the target audience for this. That, together with the numerous mistakes, made me stop wanting to read this any further.