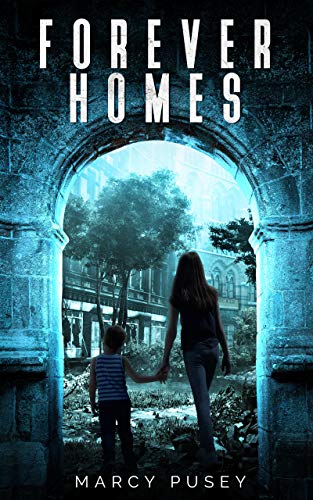 This started out very strong. I connected with the main character immediately and was compelled to continue reading. Unfortunately, there were some problems with it that diminished my enjoyment of it.

The story is about a big governmental agency that deals with orphaned kids and puts them in a “Forever Home” when they reach a certain age. The main character decides to run away with her little brother just before this happens and it was a joy to read about her and her efforts. But there was a twist about why the government was doing this “Forever Home” project which was just illogical.

However, the main character was so compelling and the direct writing helped me look past that and continue on with the story. Then I started to notice structural problems. The chapters are all short, a few pages long, and they kind of follow the same structure of having a small reveal/cliffhanger at the end. Every chapter is like this. I found it very monotonous and couldn’t read this book for very long before I had to put it down.

Also, about halfway through, the main character’s motivations became unclear to me. I felt like she became a passive character around this point and I hated it. She had been delightfully active in the first half of the book.

It got so bad that I had no idea why the main character did some of the things she did near the end. Or maybe I didn’t believe that she would do those things. It felt like I was reading a different character. And then I found what I assume to be an author’s note at the end of Chapter 43:

(* on pg.30 & when Cayson tells his story, and this is the perfect set up/pay off reveal!)

In fact, the whole second half felt like the author had intruded upon these characters and made them do what she wanted instead. And when the perspective shift happens near the end, when everything before had been from the perspective of the main character, it felt very forced and ungraceful.

I was really let down by the second half of the book, which was made worse by a terrific first half.